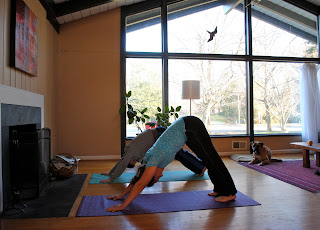 Jackson was diagnosed with PDD-NOS (autism) in October of 2002, in Fayetteville, NC while Paul was stationed at Ft. Bragg.  He left for Afghanistan 6 weeks later.  I have a very vivid memory of a moment between Caroline and I in the kitchen of our home.  I was loading the dishwasher while Jackson was running around, screaming and destroying the house and Caroline, who was only 14 months at the time, was promptly unloading all the dirty utensils I had just finished putting into the dishwasher.  I turned to her with a dead serious face and said, "if we are going to survive the next year, you have got to help me." Sweet thing looked right back at me, slowly put the forks back into the rack and sat on the floor quietly until I was finished.  I was at my breaking point and we clearly both knew it.  The next day, I ordered a yoga DVD and set off on a journey to learn to manage my stress during this very challenging time in my life.  Now, I am bringing Jackson on that journey with me, hoping that yoga will help him experience the same peacefulness and calm that I have through the simple practice of slowing my body and mind down to focus on the present and leave the worries about the future behind.

As a former gymnast, I was naturally drawn to yoga, in particular, its combination of balance and flexibility.  I had no previous experience with yoga, so I just went online and bought the first DVD that looked approachable to a novice, and what I discovered was, Yoga for Dummies by Sara Ivanhoe.  I absolutely loved it!  It was simple and clear, not too "out-there" from a spiritual perspective.  It slowly built up my confidence and in no time I felt much more peaceful and in control of my anxiety and emotions.  I learned very quickly that I could not let my young children derail my yoga practice time.  They would crawl under and on top of me while I worked out, but I was determined not to give up, so I did most of my early yoga with my eyes closed and this helped both Jackson and Caroline understand that I was not going to give them the attention they were seeking, so they both eventually wandered off and gave me the 20 minutes I needed to do a complete routine.

Overtime, I noticed that Jackson started to randomly do downward dogs and other yoga poses around the house.  He always liked being upside down, so yoga probably made a lot of sense to him from the very beginning.  I found the best DVD for him called, YogaKids ABCs that he must have watched a hundred times.  He memorized every pose within a few days and I eventually had to hide the movie because I was getting so sick of hearing that woman's overly soothing voice sing the alphabet song.   But to this day, he remembers a lot of the poses from that video that I can add to our morning practice and he knows exactly what I am talking about!

As of today, we do Yoga every morning at 8:45 to kick off our "Morning Work" block of instruction.  I used to have it at the end of this segment of time, but it seemed more logical to start off our school day with a calming and focused activity.  We follow up our yoga time with a Bible devotion and then do some outloud reading before finishing up with some quick "Daily Math" and handwriting practice.  All these activities are meant to kick start his brain and body so he is ready for the rest of the day.  It takes us about 45 min to do everything.

Here is our current yoga routine in both pictures and words, I think he really enjoys it and I can tell that he is getting better everyday!

Homeschooling Jackson has opened up so many new and exciting doors for not just his education, but for all his developmental areas.  Yoga provides him with more than just physical exercise, it helps him connect himself to the world in a way that nothing else can.  It provides him with the framework in which to learn and practice being calm and still.  I enjoy listening to his deep breathing, watching him find his center of balance, and seeing him beam with pride when we say Namaste and he knows he has done something challenging and he has done it well.  Then he typically tackles me and knocks me over because he is a young man now, and no longer my little J-man who used to climb under my downward dog all those years ago at Ft. Bragg.

Popular posts from this blog

How to Select an Autism Homeschool Curriculum 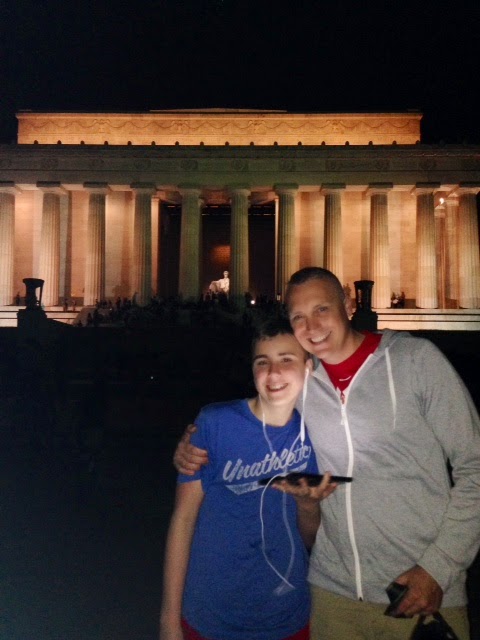 This is the time of year that I get the most requests for advice on how to homeschool children on the autism spectrum.  Sometimes it is from parents who have decided to start this journey from day one of the new school year, and other times, it is from discouraged and disappointed parents who have encountered too many roadblocks in their child's traditional school situation to justify continuing to send them to their existing school.  Regardless of the exact situation, it is likely that any parent would feel quite a bit of anxiety at the prospect of bearing the responsibility of their child's special needs education. So for everyone... Step 1:  Relax! Most homeschool "experts" encourage new families to take at least a month off after leaving the traditional school setting.  This is time for both the student and parent to decompress and unlearn some of the bad educational habits picked up from an unhealthy learning environment.  For my son, he left school a
Read more 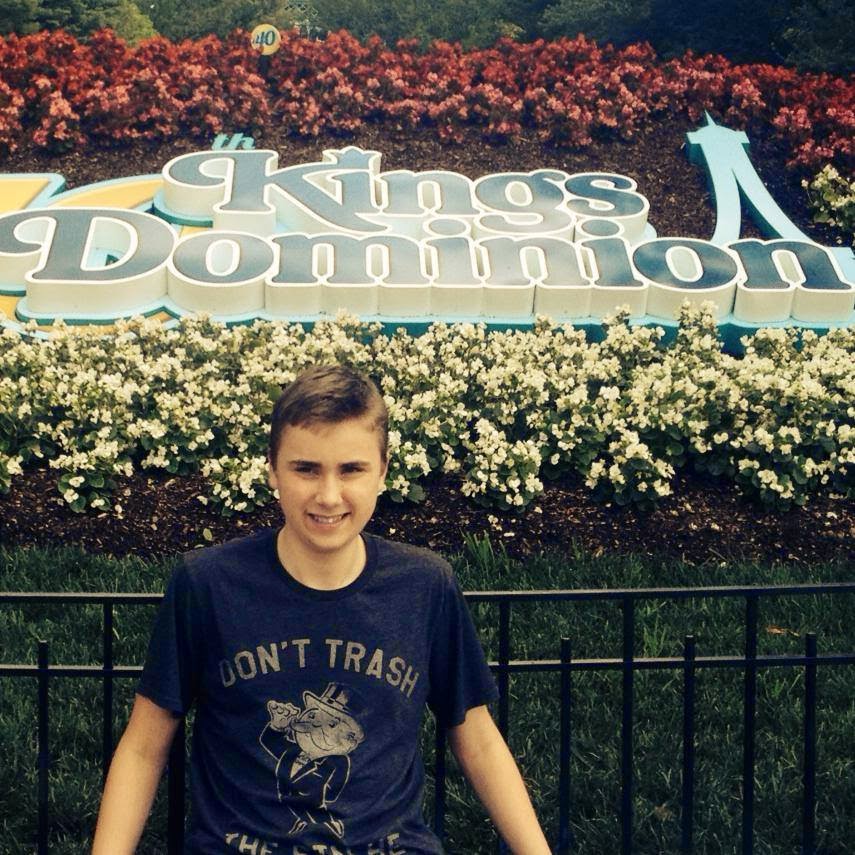 9th Grade Theme: Decisiveness   True Story #1: I came home from an hours shopping trip to find Jackson on the couch with a towel wrapped around his waist.  He had taken a shower while I was gone, and upon finding no clean shorts in his dresser, he just sat in his towel until I got back to find him clean clothes.  He promptly said, "Pants please" when I walked in, to which I responded, "this year, buddy, we are going to work on your problem solving skills!".  There were clean shorts in laundry basket NEXT TO the dresser!  True Story #2: Jackson's favorite drink at Starbucks is a Cool Lime Refresher, but occasionally they are out of the mix that is required to make the drink.  When this occurred last week, I turned to him and asked, "What would you like instead?"  He looked at me like there were worms crawling out of my head, even though I know he likes many other drinks there, like lemonade, iced tea and this yummy berry concoction.
Read more 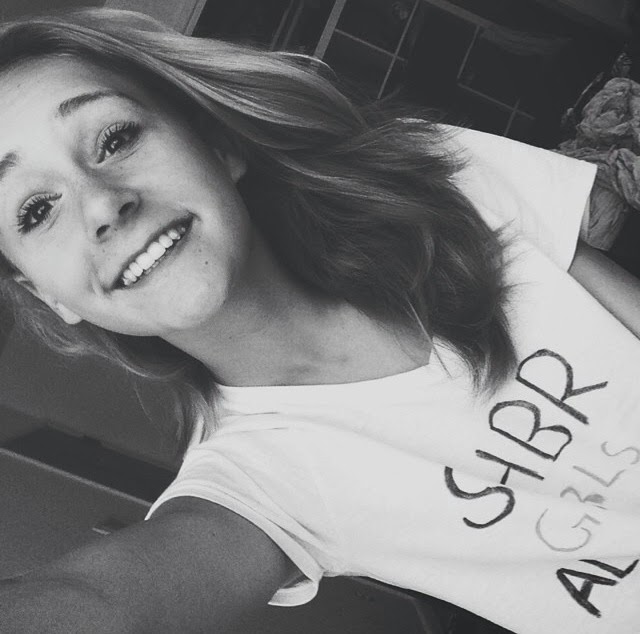 I decided to post my 7th grade daughter's curriculum before Jackson's, because, frankly, it was much easier to put together!  She will be following the public school calendar and the Virginia state SOLs pretty closely, so I was able to create a comprehensive program for her in about a weeks time.  Jackson's program has taken me all summer to think through, and I am still not even close to finished...ugh!!  I know many of you homeschool at least one other neuro-typical child, so I thought a quick blog about Caroline might be helpful, and also make you feel less guilty about not having all your ducks in a row for your autistic child's upcoming school year.   As an FYI, Caroline is 12 and going into 7th grade.  While in public school, she was enrolled in the gifted program (called AAP or Advanced Academic Program here in Fairfax County).  We homeschooled her in 5th grade just for a one year experience, (she was jealous of her brother), but we found that when she w
Read more 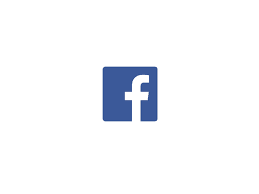 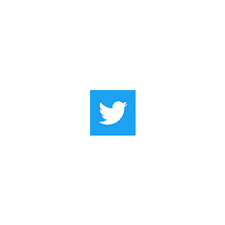